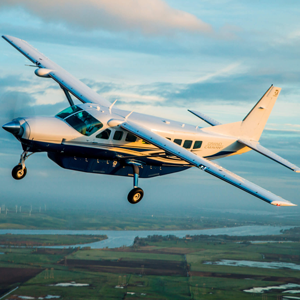 “The Cessna Caravan product line continues to lead the modern single-engine utility turboprop segment, and introducing the new Garmin G1000 NXi avionics further confirms our commitment to investing in this proven and versatile platform,” said Rob Scholl, senior vice president, Sales and Marketing. “The Caravan platform has the capability to perform an impressive range of challenging missions, and now with a more streamlined and connected experience in the cockpit, pilots will have the modern design and state-of-the-art technologies at their fingertips.”

About the Cessna Caravan product line
The Cessna Caravan fleet of more than 2,600 aircraft is certified in 100 countries with more than 19 million flight hours amassed since the aircraft was introduced. Caravan aircraft fulfill roles for multiple missions, ranging from flight training to recreation, commuter airlines to VIP transport, cargo carriers and humanitarian missions. The aircraft was engineered for challenging missions, high payloads and short, rough runways, while providing single-engine economy and simplicity.