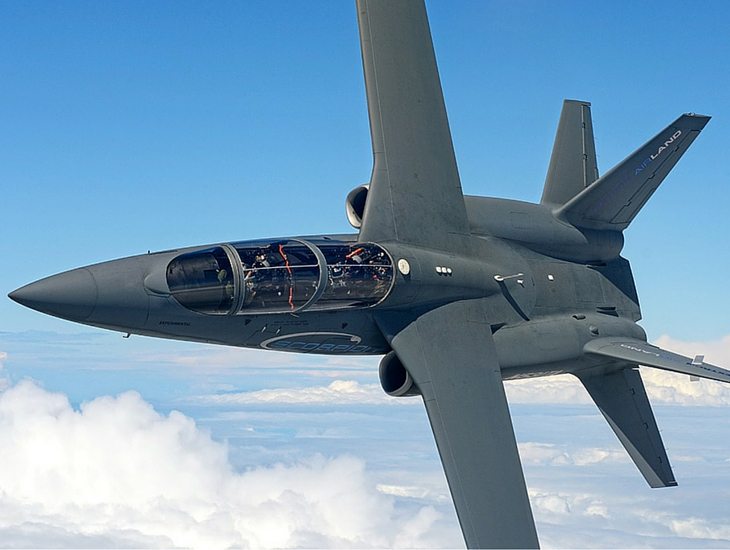 No other jet has the surveillance and strike capability of Scorpion. And at less than $20 million to acquire, and $3,000 per flight hour, no other jet matches Scorpion’s affordability.

Scorpion is jet fast – with the ability to get to an escalating situation quickly – yet can maneuver at much lower speeds, if the mission requires it. Quickly reconfigurable, Scorpion’s interior payload bay is provisioned for sophisticated ISR systems. Plus, Scorpion is capable of being weaponized using a variety of weapon sets, including precision guided munitions (PGMs) for precision strike.

While on mission, Scorpion brings the ability to see and exploit perishable intelligence and strike fleeting targets, bringing tactical advantage to even the most demanding situations.

Scorpion’s Modular Mission System is built on open standards to maximize operational flexibility over the life of the aircraft and drastically reduce the costs associated with integrating new subsystems and updates. 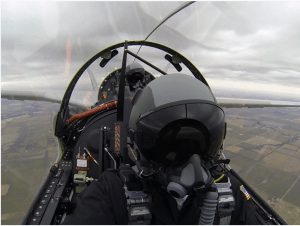 Scorpion is powered by two turbofan engines that together produce approximately 8,000 pounds of thrust. The engines are directed by a Digital Electronic Engine Control and supply conditioned bleed air to the pneumatic system. Accessories mounted on the engine gearbox power electrical and hydraulic systems.

With its modular partitioning, loading, alignment and retention system, the payload bay can accommodate a variety of sensors, fuel, and communications modules in the most appropriate capability mix to meet a diverse range of mission performance profiles. 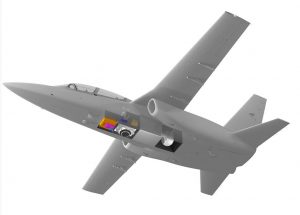 Scorpion’s six external hard points can carry up to a total of 6200 pounds of ordnance in a variety of configurations to meet mission needs. 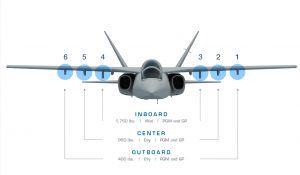 When friendly troops are in close contact with the enemy, Scorpion has the power to quickly sprint at 450 KTAS to the scene, find, target, and employ appropriately scaled kinetic effects. Using multi-spectral sensors, on board processing, and the ability to self-designate targets through the weather for precision engagement, Scorpion’s diverse ISR and Strike capabilities ensure mission success. 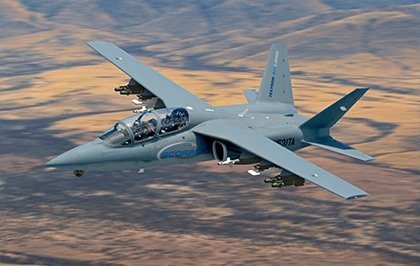 Scorpion is a force multiplier for maritime patrol with on-station times exceeding five hours and area coverage enabled by jet speeds. Equipped with an array of sensor and communication packages, Scorpion allows coordination among multiple types of communication devices used by law enforcement. This capability enables nations to record and affordably patrol territorial waters like never before. 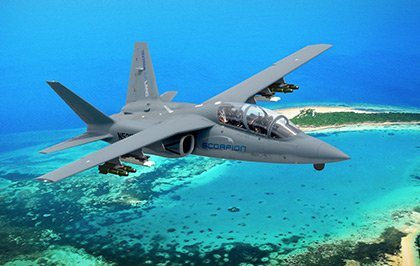 After the contact of an unidentified low and slow aircraft, Scorpion can quickly scramble, launch, and reach 400+ knots for the intercept. Scorpion can identify aircraft at range through on-board and off-board systems. With maneuvering speeds as low as 100 knots, Scorpion can effectively escort the aircraft while maintaining a relative position where scaled “non-lethal to lethal” effects can be employed. 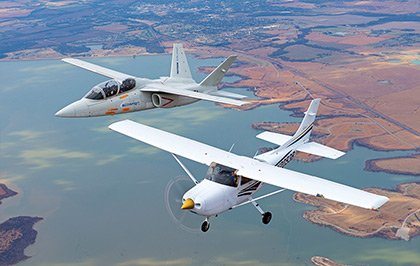 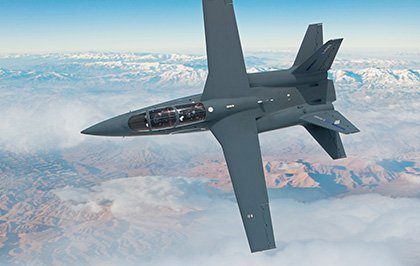 Scorpion has the unique capability to provide manned, persistent surveillance, tactical command and control and place scaled effects on targets, all in the one mission. Whether planned or emergent targets, Scorpion uses its electro-optical/infrared sensor to receive, refine and process off-board information to coordinate command and control agencies with local ground forces, then deliver a wide range of guided weapons on target, while remaining on-station.

Following a natural disaster or catastrophic event, the re-establishment of communication systems can often take days and weeks. Enter Scorpion with its ability to function as a critical communication node to support first responders, while also providing on-scene persistent and wide-area surveillance. With it’s ability to self-deploy and on-station time exceeding five hours, the manned Scorpion re-establishes communications and brings support to first responders within hours of an event.

Scorpion is positioned to meet mission requirements for counter narcotics and counter trafficking missions with the ability to launch from 100 to 200 miles out, remain on station up to five hours, and provide full-motion video records that meet the legal standards of international courts. Simultaneously, Scorpion can receive linked information and provide line-of-sight communications to deliver accurate geographic location information to law enforcement or defense agencies that are on-scene to counter transnational threats.

Scorpion is also ideal for performing the following missions: