Our success is attributable to our ability to consistently meet customer needs and expectations with passion and experience across a range of disciplines from within and outside of the aviation industry.

Our Sales Team makeup and background:

At the tender age of 22, Bruce Johnstone joined the South African Airforce (SAAF). He never looked back; having forged a successful career in the aviation industry. Bruce served in the SAAF for 10 years, where he flew a variety of aircraft. After obtaining his commercial pilot licence in the final years of his air force career, he positioned himself as a contract pilot. From there, Bruce conducted flights for global humanitarian organisations such as the International Red Cross, World Food Programme, and Médecins Sans Frontières.

Later in his aviation career, Bruce advanced into management roles. He served as Managing Director of Rossair, a specialised helicopter company, which became one of the largest “contract” companies in sub-Saharan Africa. The organisation has international bases across Kenya, Ivory Coast, Jordan, and Pakistan.

On the entrepreneurship front, Bruce has launched two aviation organisations. The first operated turboprops throughout Africa on behalf of DHL. This company expanded quickly, allowing Bruce to sell the business to a group of investors a few years later. In 2006, Bruce started another aviation contracting company, which, keeping in line with his humanitarian values, flew mainly on behalf of charitable organisations.

Throughout his commercial career, Bruce maintained his pilot licence, continually refreshing his skills by returning to the cockpit. He enjoyed a variety of flying positions on many aircraft such as Gulfstream II’s, Gulfstream III’s, and the Challenger 600 series before taking up a position with Absolute Aircraft Sales. This proved to be the ideal match as Bruce’s aviation pedigree, expertise in a wide range of aircraft, and vast aviation experience are invaluable to the organisation. In addition, his educational certifications with the Federal Aviation Administration and South African Civil Aviation Authority align perfectly with Absolute Aviation’s strict approach to quality control, safety, and aircraft maintenance regulations. 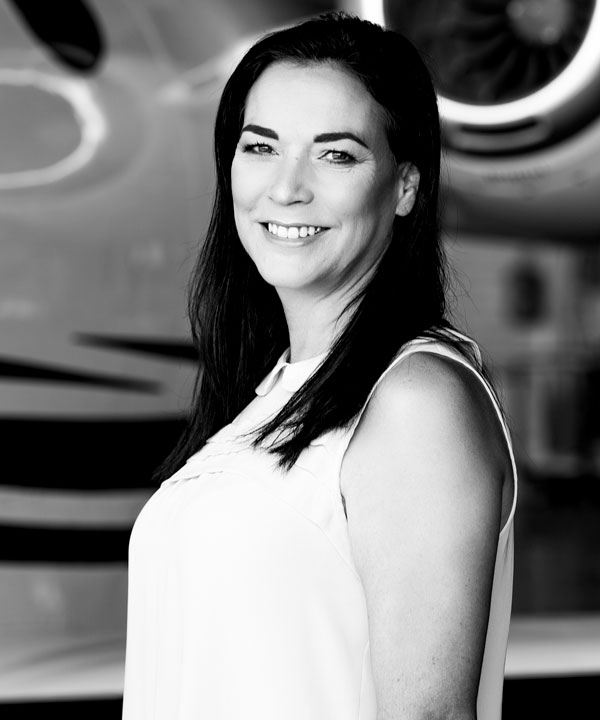 With the title of Cessna Queen, one can expect Lisa Molenaar to be an aviation expert. From a young age, Lisa has been exposed to aircraft. In 1991, she began her career at Lanseria International Airport in administration and worked her way up, taking on several roles across notable companies such as Transafrican Aviation, NAC, and Foster Aero. These roles contributed to her multifaceted experience in Aircraft Charter Services, Import and Export, Aircraft Research, Sales, Avionics, Maintenance, Marketing, Parts, and Sales Support.

In 2000, Lisa moved into Aircraft Sales and this is where she discovered her calling. She realised her drive was fuelled by working with clients and skilfully guiding them to find aircraft solutions that meet their needs and price expectations. Client happiness and satisfaction is what gives Lisa her purpose. She provides extensive assistance from the beginning of the aircraft search, through to the key handover and aftersales support.

Lisa started with Absolute Aviation as an Aircraft Sales Executive in 2014. She takes huge pride in her reputation for repeat business with both local and international clients. Whether her clients want to upgrade their current aircraft or purchase another one, she embraces the opportunity to experience that second rush of excitement with them.

From two-seater light aircraft and piston engines to turboprops and corporate jets, Lisa walks the path of purchase alongside her clients. She displays a wide range of aviation knowledge, extending across Beechcraft, Piper, Jabiru, Mooney, and other big brands. That said, Lisa has an intense fondness for the Cessna range, which led to her renowned reputation as the Cessna Queen. A well-earned title considering how many of these she sells.

Her large database and network allow her to efficiently source stock for clients. She’s a go-to for aircraft sales and well known in the aviation industry. 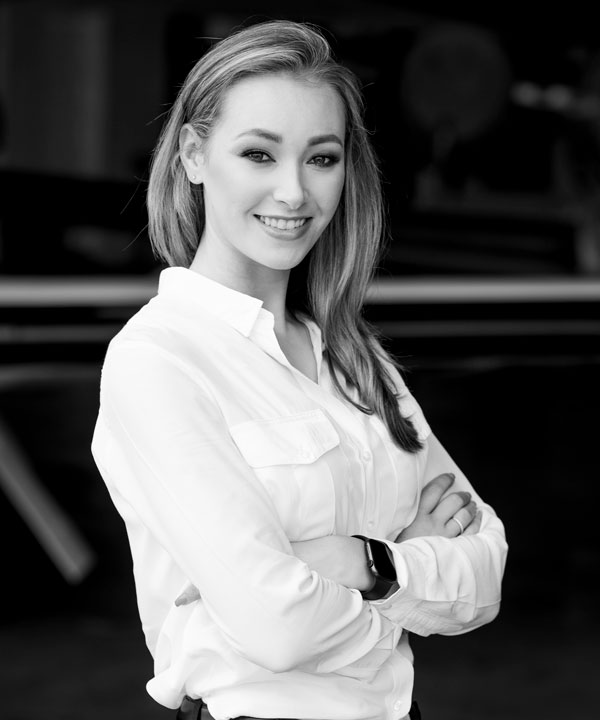 Robyn was introduced to aircraft at an early age and as a result, developed a passion for aviation that rivals turboprop engines in both intensity and power. She began flying at the age of 16 and obtained her South African private pilot licence shortly thereafter. Over the past 10 years, Robyn has filled roles in most areas of general and business aviation. Her experience ranges across Air Ambulance Operations, Charter Services, Dispatch, Flight Operations, and Ground Operations as well as Safety Management and Aviation Security. Robyn’s aviation career history is not limited to local airspace. Robyn spent five years travelling the continental US where she actively pursued her interests in and around aviation companies.

Underpinning her vast experience are her personable qualities and a strong educational background. She exhibits a wealth of product knowledge as well as being a detail-oriented, organised, focused and analytical individual, always going the extra mile for her clients. Robyn achieved a Diploma in Airport and Airline General Management in 2016, which further contributed to her professional standing. With this solid foundation in the industry, Robyn joined the Aircraft Sales Executive team at Absolute Aviation in 2019, finding great success over the ensuing years. 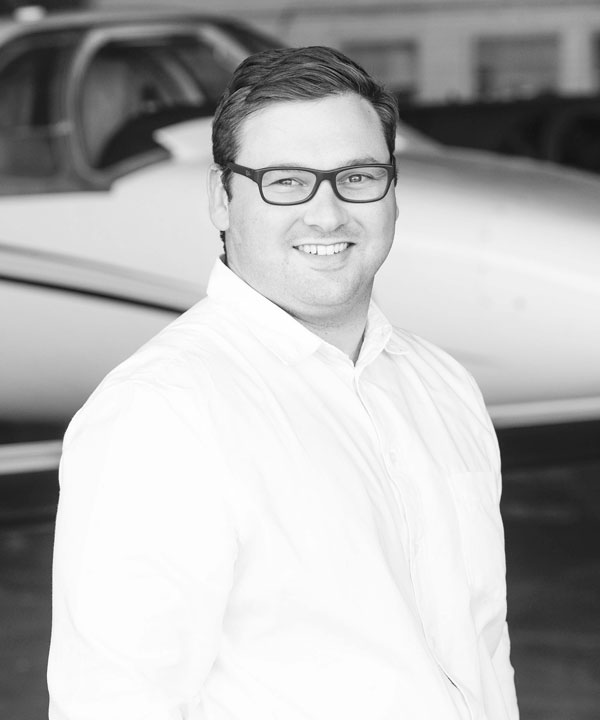 Adam Rosenthal developed a keen interest in aircraft having grown up within an aviation family in the Eastern Cape. He was familiar with corporate aviation from a young age. While completing his schooling in Grahamstown, he had his eyes set on the sky. Growing up in Port Alfred, a central feature of the town was 43 Air School, a dedicated flight training organisation that caters for the airline, general, commercial, military, and private sectors.

After completing his schooling, it was only natural for Adam to enrol at 43 Air School. He obtained his commercial pilot licence and then immediately headed to Johannesburg to join the Aircraft Sales industry, where he has been ever since. Adam has been involved in numerous turboprop and jet sales both locally and internationally over the years. In 2020, Adam joined the Absolute Aviation Executive Sales team. He has become an invaluable asset to the team, contributing his experience, knowledge, and dedication to the company. 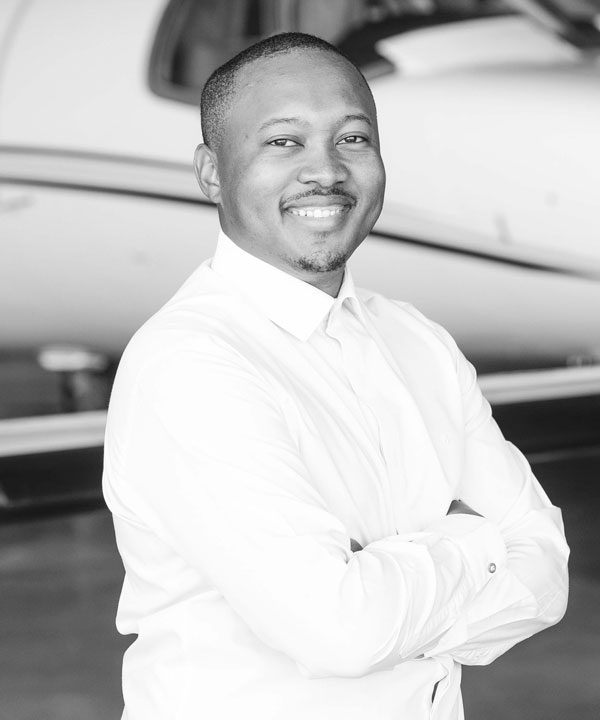 Born and bred in Gauteng, South Africa, Sizwe fostered a deep love for aviation throughout his early years. Multilingual with a grasp of five languages, Sizwe has travelled extensively and lived in various countries across the globe. This worldliness is not restricted to travel; Sizwe also expanded his horizons by building experience in multiple fields before coming home to the aviation industry.

After completing an internship at an energy organisation in the United Kingdom, Sizwe emigrated to Australia where he drove forward with his commercial pilot licence in 2012. Sizwe grew from strength to strength, forging a successful career in aviation. He has developed specialised knowledge in many areas of aviation, having gained experience from positions at South African airlines and training organisations as well as from roles in aircraft company business development and marketing.

Sizwe’s multi-dimensional background in the aircraft arena and proven ability to build networks combine beautifully with his worldly outlook, multilingualism and natural charisma, making him an extraordinary member of Absolute Aviation. He joined the Sales Executive team in 2021 and looks forward to new and exciting challenges. 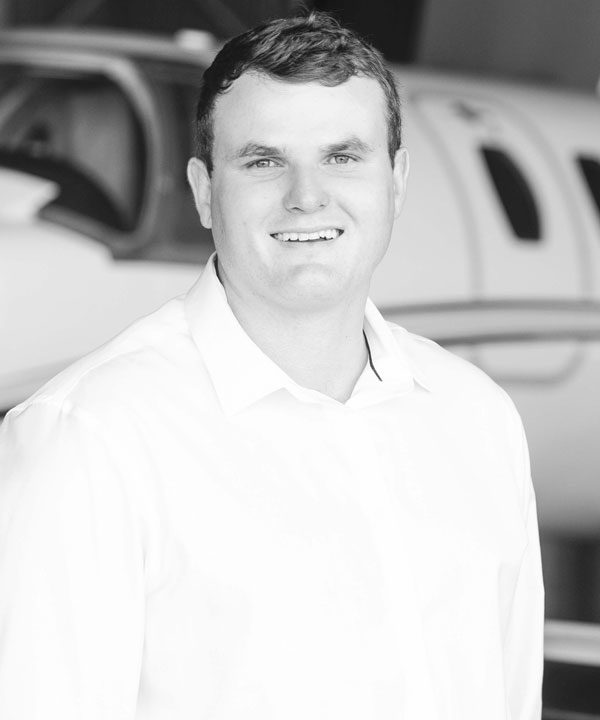 From the beginning, Justin had a connection with the sky and the outdoors. His interest and desire for adventure and aviation never waned as he completed schooling in Kwa-Zulu Natal and later, a Bachelor of Commerce degree in Entrepreneurial Studies in Pretoria. With a strong educational background behind him and three character-building years as a business owner, Justin then turned towards his passion.

He completed his fixed-wing commercial pilot licence in 2018 and followed this up by gaining valuable flight experience at Wilderness Air Namibia up until 2020. Justin continues to demonstrate his passion for learning as he is currently finishing his fixed-wing instructor rating and aims to achieve his helicopter licence soon. Justin joined the Absolute Aviation Sales Executive team in 2021. Although a recent addition, he is already showing huge merit. 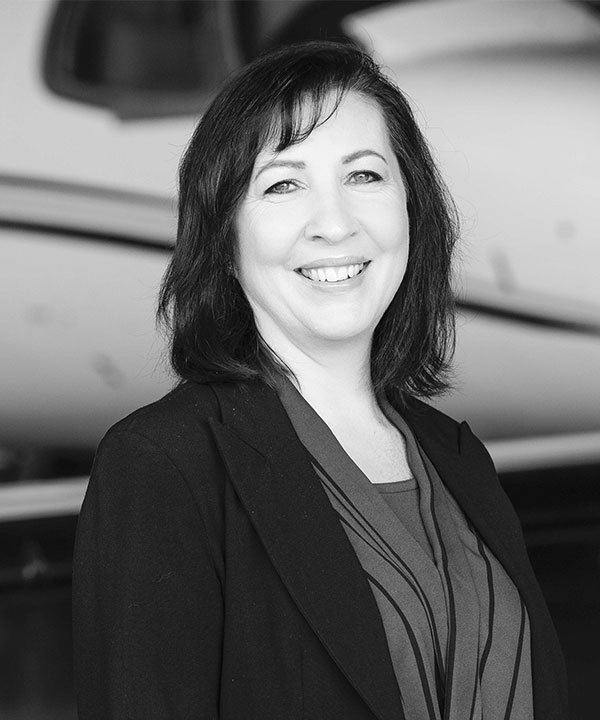 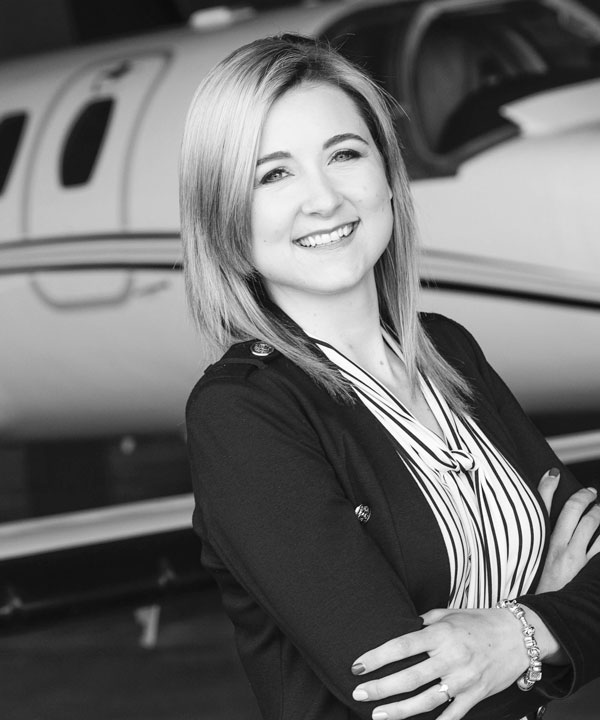 The purchase or sale of an aircraft can be a daunting process to the unpractised given the bureaucracy and regulation involved in transferring title and making the aircraft serviceable with authorities. Consistent with our promise to make the transaction a pleasurable experience and to stay with you for the journey, quite unique to Absolute Aviation we have a Team of experts specifically tasked to oversee this process from start to delivery.

Our Deal Delivery and Facilitation Team are engaged in a sale from the point of establishing the sales contract. Their function includes the drafting of contract related documentation in partnership with our in-house legal counsel, contract management, dealing with the logistics of aircraft deliveries, ferrying, or crating and shipping, overseeing the SARS import / exports as well as the SACAA aircraft registration and de-registration processes. In addition, the team has oversight of the parties tasked with carrying out the Import and Export Certificate of Airworthiness processes. Most importantly, from the point at which you make the decision to buy or sell, this Team is entirely dedicated to making the process the painless and hassle-free experience it should be.

We promised to be with you for the journey. We meant it.