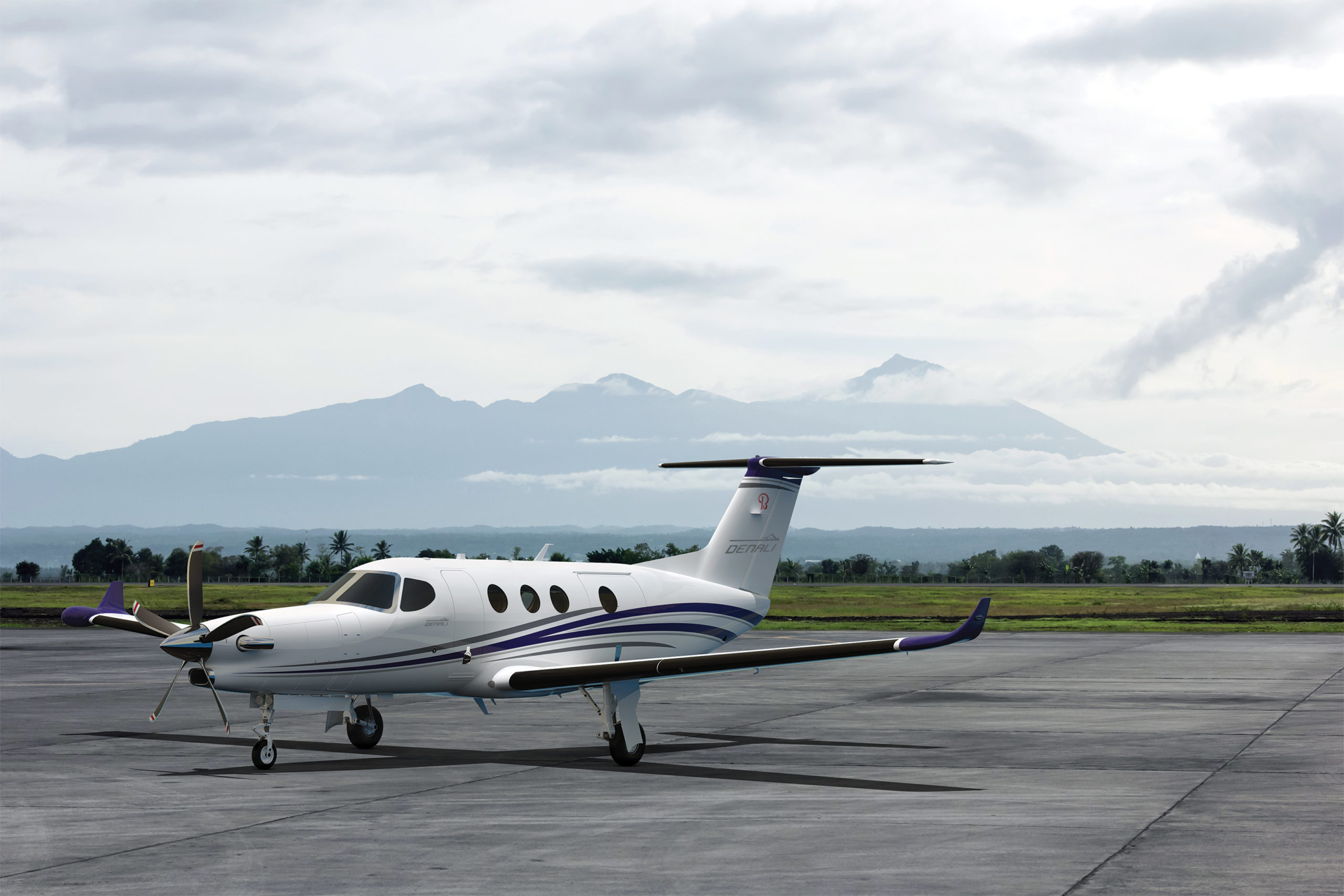 “The Beechcraft Denali represents our continued strategy to invest in clean-sheet and current products in both our Beechcraft and Cessna iconic brands. Beechcraft turboprops are renowned for their versatility and reliability, and the single-engine Denali is a perfect complement to this legendary family of products,” said Ron Draper, Textron Aviation, president and CEO. “Pilots and passengers will appreciate the aircraft for its enhanced capabilities, innovative technology and all-around passenger comfort.” ~ Ron Draper, President & CEO

The Beechcraft Denali is designed to outperform its competition with projected lower operating costs, Garmin G3000 avionics, and the largest cabin in its class. Engineered to achieve cruise speeds of 285 knots with a full fuel payload of 1,100 pounds, the Denali will have a range of 1,600 nautical miles at high speed cruise with one pilot and four passengers.

“We continue to receive interest around the world from turboprop and piston owners of competing aircraft, who are looking to move into an aircraft with greater performance and enhanced passenger experience,” said Lannie O’Bannion, senior vice president, Global Sales and Flight Operations. “The Denali will offer an outstanding combination of lower operating costs and technological advancements, along with the widest and most comfortable cabin in its segment. And all of it is backed by the most extensive global network of factory-direct service centers in the industry.”

The Beechcraft Denali development program has achieved multiple milestones throughout the past six months as it continues to gain momentum toward its first flight. Earlier this month, the first Full Authority Digital Engine Controlled (FADEC) GE Aviation Catalyst engine was installed on the first Beechcraft Denali prototype airframe and the aircraft was powered on for the first time. Engine runs are anticipated in August, followed by a first flight for the aircraft projected for later this year.

Two other Denali flight test articles are also in development. Three additional ground test articles will be used for the airframe static and fatigue tests, and for cabin interior development and testing. The company anticipates certification for the Denali in 2023.

“We’re making remarkable progress with the aircraft’s development program. We have already achieved a number of important milestones, and the next few months will feature a great amount of activity as our team prepares the Denali for its inaugural flight.” ~ Chris Hearne, Senior Vice President, Engineering

The Denali is powered by GE Aviation’s new advanced Catalyst engine, which has completed over 2,300 hours of testing and prepping for a first flight on its Beechcraft King Air flying test bed. The Catalyst is a more environmentally friendly engine that burns less fuel than older turboprop technologies. The engine can also use sustainable aviation fuel, which results in lower emissions. The FADEC-equipped, 1,300 shaft horsepower (SHP)-rated turboprop engine eases pilot workload with its single-lever power and propeller control. The FADEC control of the engine provides trend monitoring, which allows for on-condition maintenance with no mid-life Hot Section Inspection required.

The airplane is equipped with McCauley’s new 105-inch diameter composite, 5-blade, constant speed propeller, which is full feathering with reversible pitch and ice protection. The propeller will undergo a series of certification tests, and several are already underway.

The Denali cockpit features the Garmin G3000 intuitive avionics suite featuring high-resolution and touchscreen controllers. An integrated Garmin autothrottle is now a standard feature, which interfaces with the Automatic Flight Control System (AFCS) and Flight Management System (FMS) to provide easy speed control throughout all regimes of flight from takeoff to touchdown.

The Beechcraft Denali’s flat floor cabin is designed to be the largest in its segment and offers the versatility to easily convert between passenger and cargo configurations. The Denali cabin features a standard seating configuration of six individual reclining seats and offers a nine-place high density seating option.

The aircraft boasts a digital pressurization system maintaining a 6,000-foot cabin altitude at a service ceiling of 30,000 feet. The Denali also offers passengers the convenience of adjusting the cabin temperature and airflow from a climate-control switch panel located on the cabin sidewall.

Denali customers will also enjoy large cabin windows, interior LED lighting, a forward refreshment cabinet and an in-flight accessible baggage compartment. An optional externally serviceable belted lavatory with pocket door enclosure that is located in the rear of the cabin is also available.