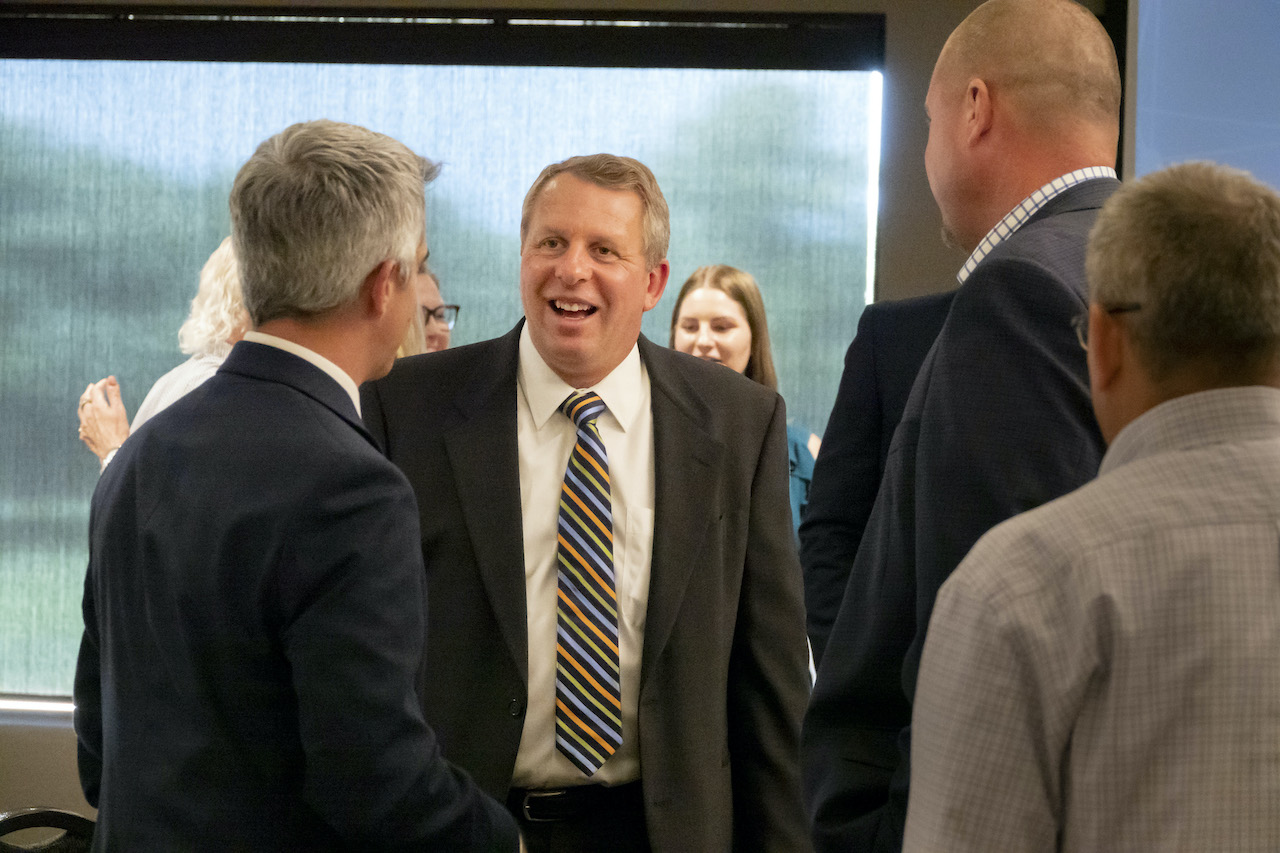 Textron Aviation president and CEO Ron Draper told a Wichita Aero Club luncheon on Tuesday that the company is seeing some positive metrics that portend increasing demand for the airframer, including utilization of its combined fleet of some 14,000 Beechcraft King Air turboprops and Cessna Citation business jets. Not only has utilization returned to pre-pandemic levels but it is exceeding them by “probably 15 percent” since April, he said during a 40-minute keynote speech that he opened by telling Aero Club members that “nobody’s leaving today until at least one person buys an airplane.”

What’s more, the number of used Citations for sale is down to 4 percent of the in-service fleets, the lowest level in nearly 30 years. “That’s of any Citation,” he explained. “That could be 20-, 25-year-old airplanes. Most people actually want something less than 10 years old. So that’s been great to clean out all the used inventory…it’s a very healthy market right now and when the used [aircraft market] is that healthy, then the new [aircraft market] is pretty healthy as well.” Also, Textron Aviation is seeing more first-time business aircraft buyers in the market. Traditionally, 10 percent of buyers have been first-timers, but the percentage has doubled to 20, Draper added.

Regarding specific models, he said the CJ4 Gen2 that was unveiled in February and received FAA interior certification under its Model 525C FAA type certificate and was certified by EASA in June—has developed “a nice backlog.” Meanwhile, the twin-turboprop SkyCourier is about 75 percent of the way through its FAA flight certification, with production of the high-wing airplane already underway as type certification and first delivery to launch customer FedEx are expected later this year. While much of the focus on the SkyCourier has been its cargo capability, there is also a lot of interest in it as a 19-seat passenger aircraft. “We think we’re going to see a lot of demand on that side,” Draper said.

Following the SkyCourier is Textron Aviation’s turboprop-single Denali, which is expected to make its first flight sometime by year-end. “I wish we had it now,” Draper said of the Denali. “We’d be selling a ton of these right now. We have a lot of customer interest in it. But we’re a couple of years away from that entering service.”

In July, Textron Aviation changed the branding of the Denali from Cessna to Beechcraft. Draper explained this change was partly a “branding alignment,” as well as a response to the fact that it’s been several decades since Beechcraft had a clean-sheet design airplane. Switching brands was also a way “just to make sure folks out there know the Beechcraft name’s not going away—we’re investing in it,” Draper said. “Also, we didn’t do it just for employees, but we got a benefit out of that. We’re all one now but you still have a tug on your heart if you grew up under brand B or brand C. Those employees love to see that and so do a lot of our Beechcraft customers around the world.”