WICHITA, Kan. (April 13, 2021) – Textron Aviation has turned to an aviation legend and founding member of the Beechcraft brand to commemorate a milestone for one of its most iconic aircraft. The company today announced a special edition 75th anniversary option for its Beechcraft Bonanza G36 single-engine piston aircraft, distinguished by its custom interior and paint scheme inspired by Olive Ann Beech’s signature blue color.

The order book is open for the limited-edition model that will deliver in 2022 – the 75th year since it first entered the market for the longest continuously produced aircraft in history. The Beechcraft Bonanza continues to be a cornerstone of the company’s leadership in the piston market.

“The retro scheme of our 75th anniversary special edition Bonanza is a nod to Mrs. Beech’s strength, vision, pioneering leadership and her well-documented style,” O’Bannion said. “The interior color combination is inspired by trends from the 1950s, when Mrs. Beech assumed leadership of the company.”

Olive Ann became president in 1950 upon Walter’s death, making her the first woman to head a major aircraft company. Her legendary career spanned 50 years and by the time she retired in 1982, she’d played key roles in growing the company from 10 to 10,000 employees and made an impact on the aviation industry in numerous ways. 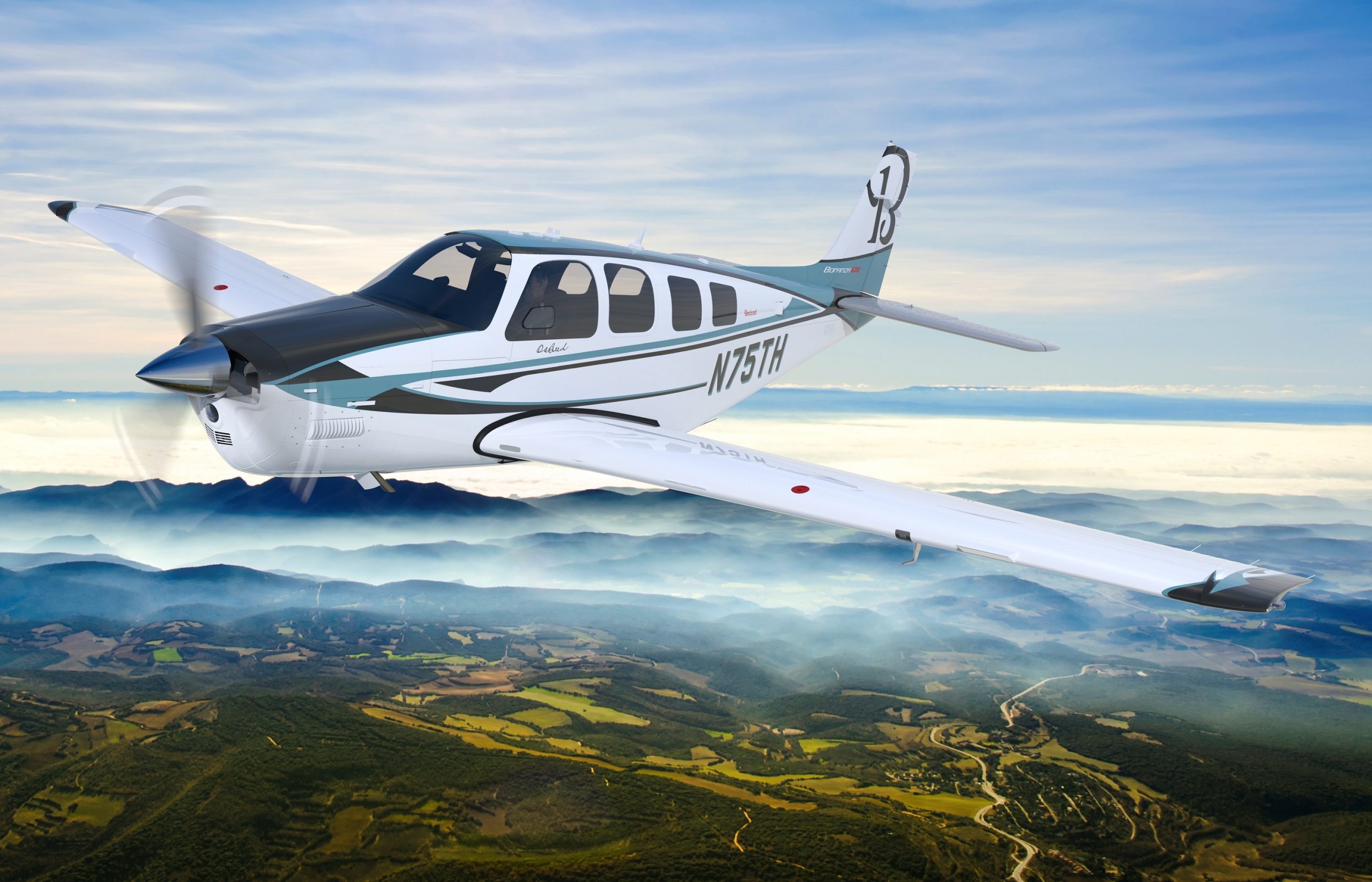 The 75th anniversary special edition Beechcraft Bonanza G36 is inspired by “Mrs. Beech Blue,” a custom color Olive Ann adopted on the advice of fashion designer Oleg Cassini. The color became her brand and could be found on everything from her dress suits and office furnishings to her automobile’s paint and personal aircraft interiors.

The commemorative Bonanza G36 stylishly incorporates the color on the exterior paint scheme and the interior’s window panels, carpet and accents. The seat upholstery lines and sidewall /table contours add a sporty, modern interest to the retro color palette. Other details include a “Bubble B” logo registered in 1954 on the carpet entry and her signature used as a metal piece above the cabin table and as an exterior graphic below the pilot window. 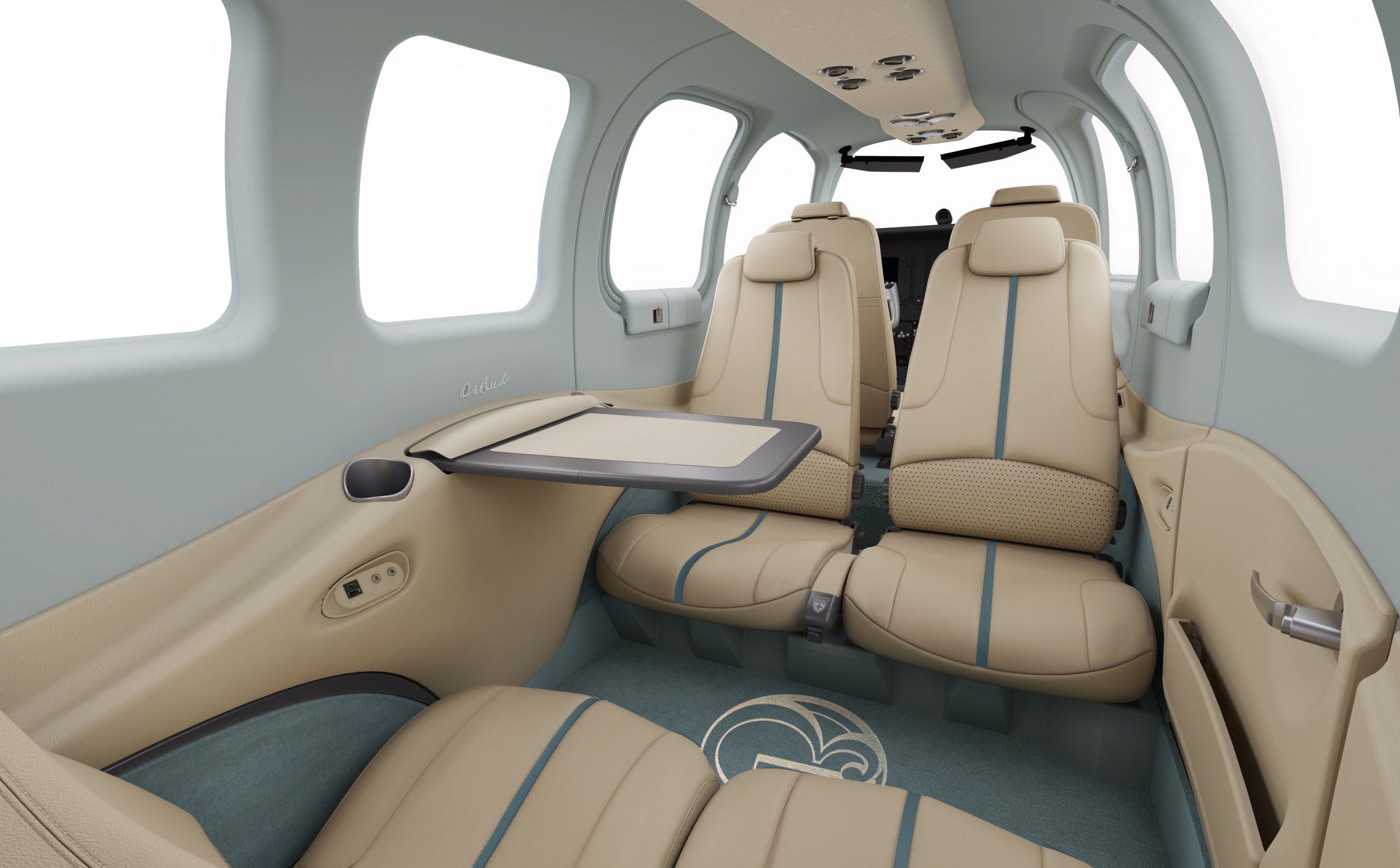 About the Beechcraft Bonanza G36

The six-seat Beechcraft Bonanza G36 piston aircraft has a cabin almost a third larger than its nearest competitor. Powered by a 300-horsepower Continental IO-550-B engine and a three-blade constant-speed propeller, the aircraft has a maximum cruise speed of 176 knots, a maximum range of more than 920 nautical miles, a 1,060-pound maximum payload and an 18,500-foot service ceiling. Among the recent upgrades taking the Bonanza G36 to new heights is Garmin’s G1000 NXI next-generation integrated flight deck. The aircraft’s spacious interior can quickly be arranged into various configurations, making it a great multi-tasker for recreational pilots, as well as business owners.

find out more about the Beechcraft Baron